Our first month with Adelah

Honestly it was not as hard as I thought. Of corse healing from a c-section was a pain BUT all Adelah really did the first month was eat, sleep and poop. So I feel like the only thing I really did was breastfeed, change diapers, and wash & sterilize bottles. The hardest part was staying indoors as much as possible and making sure everyone washed their hands. I literally kicked people out of my house for coughing because it was flu season and I was not even gonna risk it. Of corse afterwards I felt horrible but this mom was a Momma Bear x10 and was not gonna risk having my newborn get sick. I spent a lot of time dressing her up, people tell me I act like if I have a doll and that’s what it felt  like. the first month. During the first month I napped when she napped and she napped a lot it was amazing! The first week I had help but once Ruben wen back to work I was all alone. I feel like being alone helped me heal faster and had my mommy instincts kick in FAST.

I am in love with her, I could stare at her al day! I have never known a love like this and I already want more kids! Obviously I am gonna wait but I am already looking forward to having more, if I can feel this for one imagine how this love will multiply with my other kids. My world already revolves around this little human and I can’t even begin to explain the love I feel for this not so tiny girl!

During the first month she looked at the pictures while we read her books and started listening for our voices. She smiled some but not too much, sometimes she would just glare into space while we talked to her.

I almost posted this without naming my fails, mistakes and my unknown as a new mom.

THE SECOND NIGHT- The second night in the hospital Adelah cried EVERY 30 min because she was hungry, I gave in and gave her formula because I did not want to deprive her of food. This is a BIG mistake if you want to breastfeed. I would recommend anyone who wants to breastfeed read & really inform yourself on everything you need to know about breastfeeding. IT HURTS, a layer of my nipped came off & yes it was painful. I still breastfed but only produced about an ounce so I had to substitute with formula because it just was not enough. Adelah only drank 2oz the first week and then ate 4 for the rest of the month.

FORMULA- The formula and breastmilk combo constipated her & it was sad. I ended up having to change her formula 3 times the first month because she was so sensitive and would wake up screaming because it hurt her so much to poop. The screaming/crying only lasted seconds but it was SOOOO SAD! I made an appointment and he suggested I cut off dairy from my diet and switched Adelah to Similac Alimentum. It took her a while to regulate but she finally started pooping once a day and still struggled but not as much as before.

At week 3 Adelah got clusters of acne but I thought it was an allergic reaction and freaked! Turns out she just broke out, I looked up and read as much as I could and even called the doctor about the bumps on her face. They assured me it was just normal and that 90% of babies break out because their skin is so sensitive. So apparently unless your child has a fever or the bumps bother her (meaning she is scratching or non-stop crying) it’s nothing to worry about according to the doctor.

For the first whole month I would check to make sure if she was breathing during her naps. I am horrified of SIDS and constantly would move her while she slept just so I can make sure she was alive. I know that sounds crazy but…. I did it! I also checked her temperature anytime she was fussy just to make sure she wasn’t sick.

Month 1 flew & here are some pictures!

Her first bath at 2 weeks

(You have to wait until the babies umbilical cord falls off)

Some newborn pics taken at 3 weeks 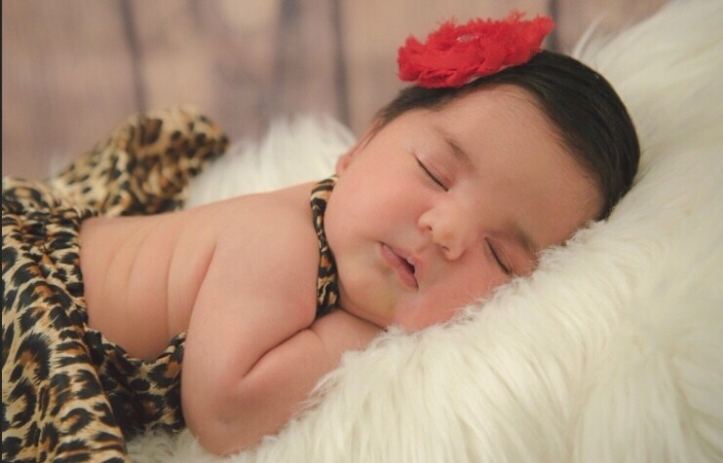 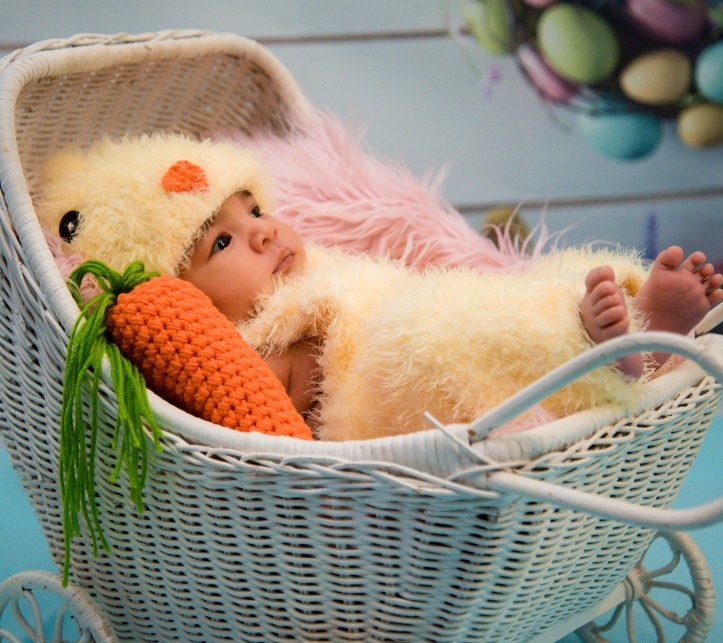 Then she turned a month

Here are just some honest truths and some intel on things a new mom might want to know that no one tells you. 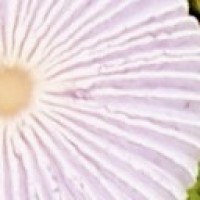 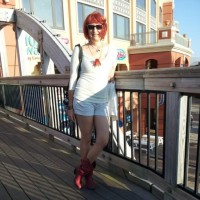